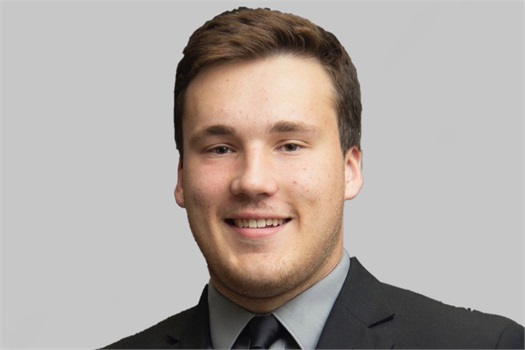 Preston Gee joined the Peak Wealth Management team in May 2020. He graduated from Central Michigan University earlier that month with a double major in Personal Financial Planning and Finance. Shortly after graduation, Preston is already on his way to becoming a CFP® after passing his examination.
While attending Central Michigan Preston served as both the Vice President of the Future Financial Advisors Association and a member of the Michigan Finance Scholars program. At Central he also joined a team called the Race4SpecialO that set up fundraisers and events for the athletes in the Special Olympics of Michigan.
Preston’s favorite thing to do in his spare time is spend time with his family and his three dogs. He loves football Sundays, playing board games, and traveling.