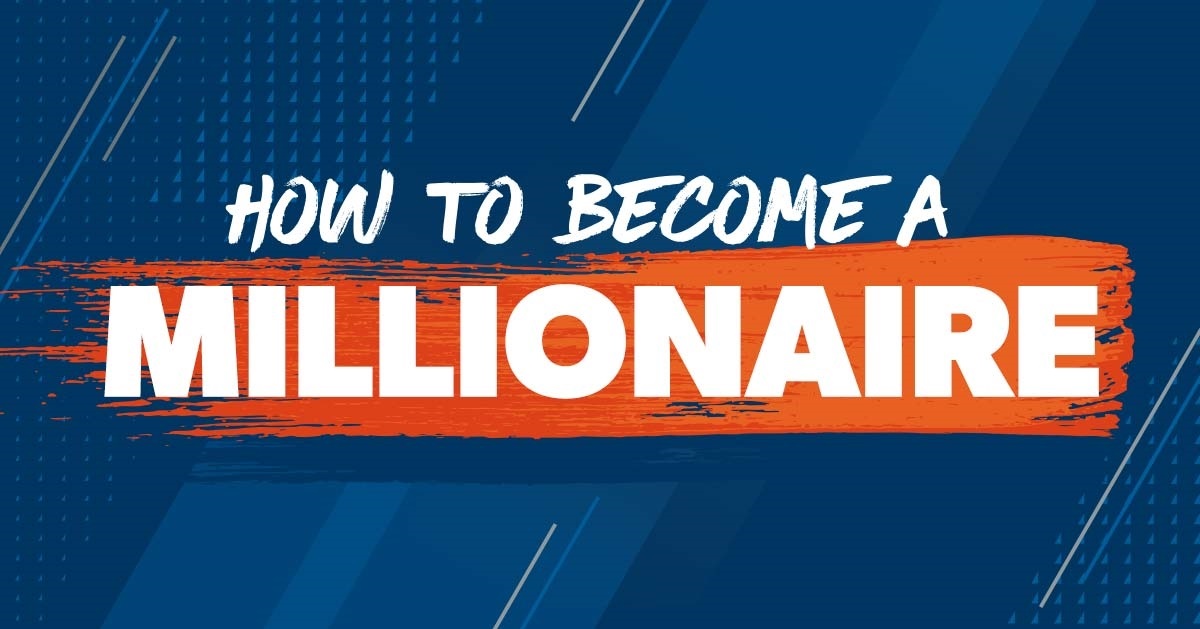 How to Efficiently Become a Millionaire

How to Efficiently Become a Millionaire

The age old question of how much you need to save to become a millionaire really comes down to two things:

For simplicity sake, we will assume that you invest your money directly into an S&P 500 index fund. We will also assume that you are a 22 year old who wants to become a millionaire by 42, giving you a 20 year time horizon.

The S&P 500 had an average return of about 8% since it adopted their current method of tracking 500 stocks. Now, it almost never returns an exact 8% because of the ebb and flow of the market, but we will assume in this scenario you get an 8% return year over year. In order to become a millionaire by 42, or 20 years, you would need to invest roughly $18,400 per year! In other words, you would almost need to max out your IRA/401K contributions.

Now, let’s assume that your investment continues to double every 10 years (receiving a 7.2% annual return), with no additional contributions beyond age 42. This would mean that at age 72, your portfolio would be worth 8 million dollars! Now that you’re 72 the government has a formula called the required minimum distribution (RMD) where they force you to make withdrawals and pay income tax on that money. In your first year of RMD’s, you would be forced to withdraw $312,500. Assuming today’s tax rates for a married couple, this would put you in the 24% tax bracket before you even get the chance to collect social security or any other outside income. Your tax on your first RMD would be $63,159.

Seeing a tax bill that large must beg the question: If I am able to, would it be better for me to initially invest in a Roth 401K? Given our above assumptions, the answer is absolutely yes! If we assume that while you save you are in the 22% marginal tax bracket, then you will pay about $4,048 in tax on the $18,400 that you save per year. Over the 20 years that you save your total bill would be about $80,960. In other words, your first 2 years of RMD’s from the Traditional 401K will have a tax bill that is 50% larger than what you would pay in taxes over the entire 20 years that you are saving the money!

Now you may be thinking, what about adjusting the tax bill for inflation? The $80,960 adjusted for inflation would be equal to $278,268 at age 72. Even with the inflation adjustment, the breakeven for the amount of tax paid is less than 5 years!

At age 72 the portfolio will be the exact same size, but if you have invested in Roth then you will never pay another penny over the $80,960 that you paid from age 22 to age 42 in our example. Meanwhile, the Traditional 401K option will have you paying $0 in tax from age 22 to 42, but then you will pay over $60,000 in tax on that 401k every single year until the portfolio is drawn down to $0 (presumably by your beneficiaries).

Of course, there are drawbacks to this. First of all, you need to have that extra $4,000 available to cover the tax bill. If you don’t, you could just deduct the $4,000 from your initial investment. So your total cost is still $18,400 of pre-tax money, however $14,400 of that is invested and the other $4,000 is sent to the IRS. Using all of the same assumptions, at age 72 this portfolio would be worth $6,272,000. While this is less than the $8 million mentioned above, this amount will be completely tax free. After paying a 24% tax on the $8 million in the Traditional 401k, the after-tax value of that portfolio is $6,080,000 compared to $6,272,000 in the Roth portfolio. As a result, even if you have to save less to cover the tax today, in the long run Roth is the superior option in our assumed tax brackets.

Becoming a millionaire is a long process, but staying consistent and planning for the long-term is the key to achieving any of your financial goals. Additionally, if you are able to handle the tax hit today, a Roth 401k is a superior investment vehicle when compared to a Traditional 401k assuming you are in the 22% or lower tax bracket.

If you would like to further discuss your financial situation and want to learn more about how you can retire with confidence, then please call our office at (734) 681-7575 or email me directly at preston@peakwm.com.